Thank you for your patience while we retrieve your images.

"Having debuted back in 2010, the concert has grown year on year, and with the announcement of the 2012 line-up; it’s set to be the biggest and best one yet. Vocalist Jess Thristan of Halifax is set to start the evening off, having just released her new EP, “Thristmas”. Fall To Fly, a young, four piece alternative rock band will mark their first appearance for Big Ass Promotions. Hebden’s own Fishing For Bishops return to play in their homecoming gig, with harmonicist Isaac Rose commenting, “I’m really looking forward to it, it’s going to be a slightly different line-up which should make an interesting night for our fans”. Headlining are well admired Small Words." 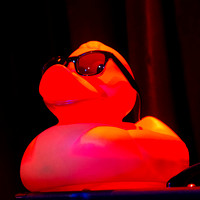